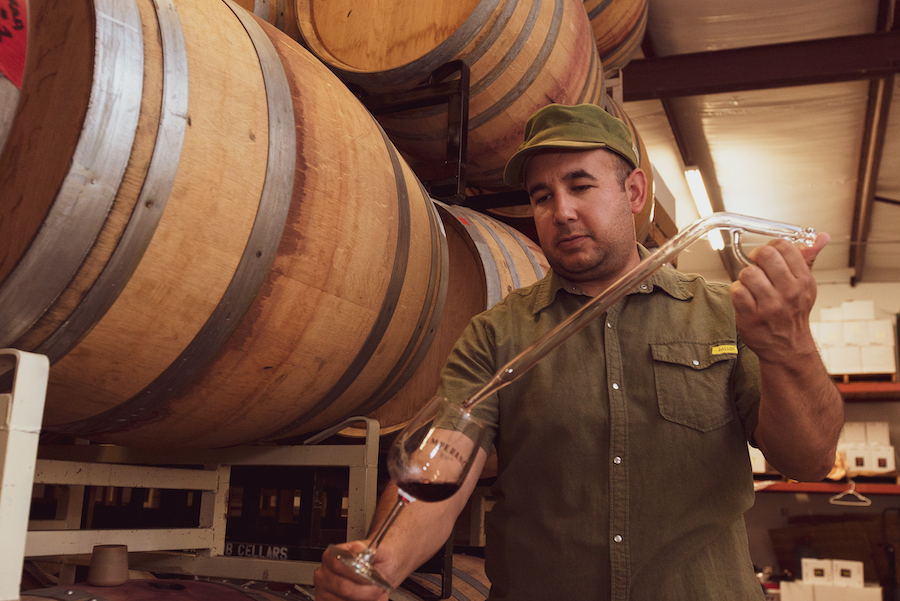 ​Founded in 2012, Temperance Cellars pays homage to Lompoc’s founding as a Temperance Colony in 1874. Even though the founders of Lompoc may have envisioned a place where alcohol was banned, Mother Nature had her way instead as Santa Barbara County was found to have some of the most desirable geographic features for growing world-class wine grapes. Specifically in the Santa Rita Hills, right next to the formerly designated Temperance Colony of Lompoc.

Specializing in small, hand-crafted lots of boutique wine sourced from some of the county’s most prestigious vineyards, Temperance Cellars produces wines that are approachable, elegant, and versatile. Our wines are ready made to pair with your favorite foods, or can easily be tucked away in your cellar for later enjoyment. We produce a handful of varietals including the world-renowned Santa Rita Hills Pinot Noir. Tastings are by appointment only in our cellar right across the street from Lompoc’s Wine Ghetto.

Tastings by Appointment Only