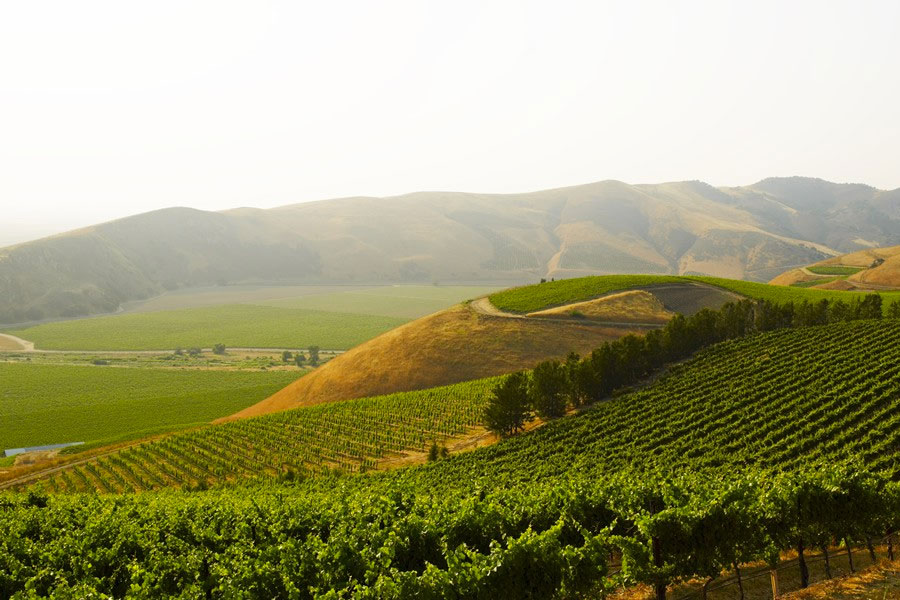 During the 1970’s the Miller Family planted Bien Nacido Vineyards.  Since that time, winemakers throughout California coveted the fruit from this singular piece of land.  Heavily influenced by the nearby Pacific Ocean, Pinot Noir, Chardonnay and Syrah have found great expression here.  The terroir of Bien Nacido Vineyards is a combination of the rocky soils, cool climate and good people that work the vineyard on a daily basis. The Solomon Hills Vineyard was planted late 1990’s.  Planted to Pinot Noir & Chardonnay, Solomon Hills found its tenor early on in its relatively young life among talented winemakers who found its vibrant, youthful flavor profile exhilarating, and at times profound.  The Solomon Hills Vineyards are composed primarily of ocean derived sandy loams.  Because it is the western most vineyard in the Santa Maria appellation, it is the coolest of all vineyards in this growing region.  With the Pacific coastline only miles away, a constant maritime influence results in wines of precise acidity, bright fruit and an inherent elegance.  Bien Nacido Estate is the Estate winery for the acclaimed Bien Nacido Vineyards & Solomon Hills Vineyards in California’s Santa Maria Valley.  After 40 years of growing and selling premium grapes, the Miller Family now offers its own expression of their own vineyards.  Winemaker Anthony Avila produces terroir-driven Chardonnay, Pinot Noir, Grenache and Syrah that communicate the unique characters of these remarkable sites.